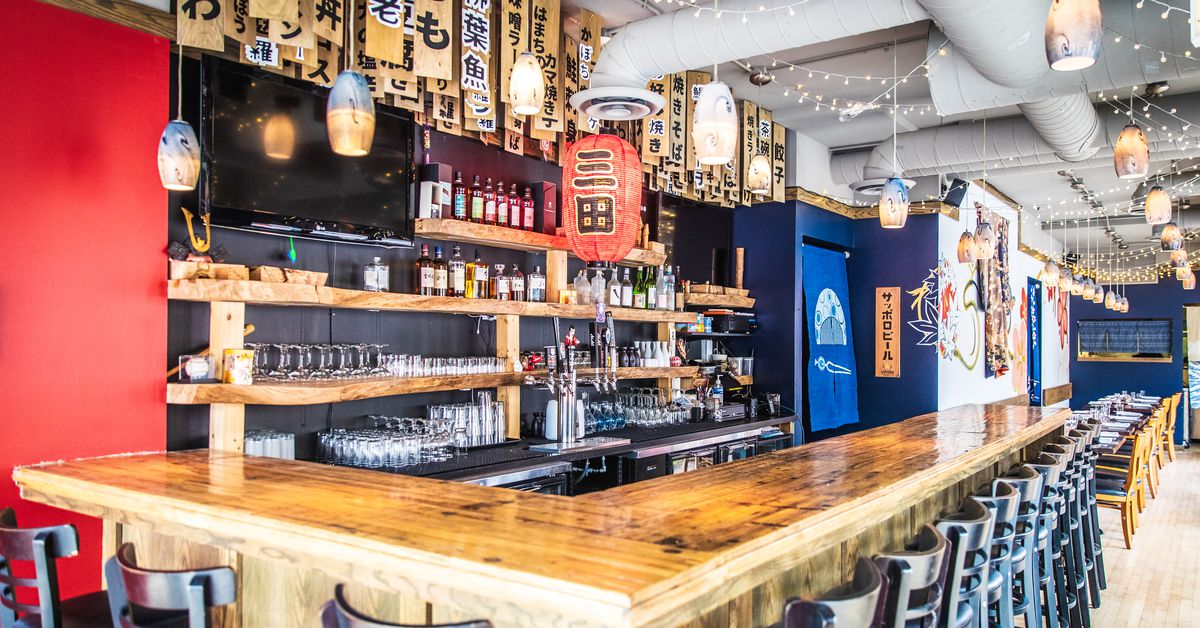 It’s been almost 19 months since patrons have dined at Izakaya Mita, the Bucktown Japanese pub that showed Chicagoans another side of Japanese cuisine. The seven-year-old restaurant, known to house one of the city’s largest and most comprehensive sake collections, is slated to reopen in early October at 1960 N. Damen Avenue with an updated menu (say goodbye to ramen soup ) and a refreshed decor.

Founded in 2014 by owner Helen Mita and her son, Chef Brian Mita, the casual restaurant is a tribute to their late husband and father Shiyouji Mita, former General Manager of Ichiban Japanese Steakhouse. The city was in the midst of a ramen boom then, but izakayas – laid-back Japanese pubs that traditionally offer beer, sake, and snacks like kushiyaki (grilled skewers) – were hard to find.

Izakaya Mita was among the first places in Chicago to fill this gap and introduce novices to the fun and festive style; it opened about two months after Boka launched its distinctly non-traditional Izakaya in Momotaro downstairs from the poshest Momotaro in West Loop. Last summer, the partners behind Michelin-starred Omakase Yume presented their own izakaya-style spot, TenGoku Aburiya, in the same neighborhood.

The reopening is a fierce victory for Brian Mita, who has spent the long closure balancing the chaos of the COVID-19 pandemic and his own colon cancer diagnosis. When the restaurant reopens, the chef will not be around for day to day operations as he has to focus on his health. Although Mita teased the reopening on her personal Facebook page, it wasn’t a sure thing.

“I want to keep an inheritance, that’s all,” says Mita. “It’s got my name on it. We’re almost synonymous with izakaya in Chicago.

Izakaya Mita’s revamped menu will continue to feature fan favorites like takoyaki, chawanmushi, and okonomiyaki, but the team has phased out ramen with soup in favor of brothless and pan-fried variants, and added a new mapo tofu ramen that represents Mita’s Chinese well. -Japanese heritage. Chicago and the rest of the country have seen the ramen trend wane in recent years, and Miya says he never really wanted to serve it anyway; he just felt obligated because so many customers asked for it.

Other new offerings include what Brian Mita calls experimental items he perfected during the pandemic, like white pepper ice cream and a Japanese Italian beef sandwich with nikku tofu (a stew of beef, tofu and simmered onion) garnished with giardiniera on a milk. little bread. There will be more seafood, like motoyaki oysters, and Mita has left room to add specials. He also plans to resume bar activity, distinguished by personalized sake flights, and also to add new cocktails. All reception staff take a course to become classified as “Certified Sake Professionals”. Many classes offer this accreditation for those who want to get serious about sake; Mita’s goal is to help customers create personalized sake flights.

Brian Mita hopes that the curls of light garlands on the ceiling of the dining room will create a “magical and transporting” effect.

Mita went public with her cancer diagnosis in 2019, acknowledging her struggles with fatigue, digestive issues and anxiety and sometimes showing an incision scar on her stomach left over from surgery. Now, two years later, he is a stage 4 patient and shares fewer details about his health because he doesn’t want to create stress for his staff. Still, he sometimes posts thoughts on his personal social media about his grueling treatments and commitment to positive thinking.

For Mita, reopening is more than a polish menu or a new coat of paint. It’s a key part of her “bucket list” – a piece of her family and her gift to the city. “We want to be that standard bearer of what the izakaya is, in Chicago and really in the Midwest.”


Register to receive the newsletter