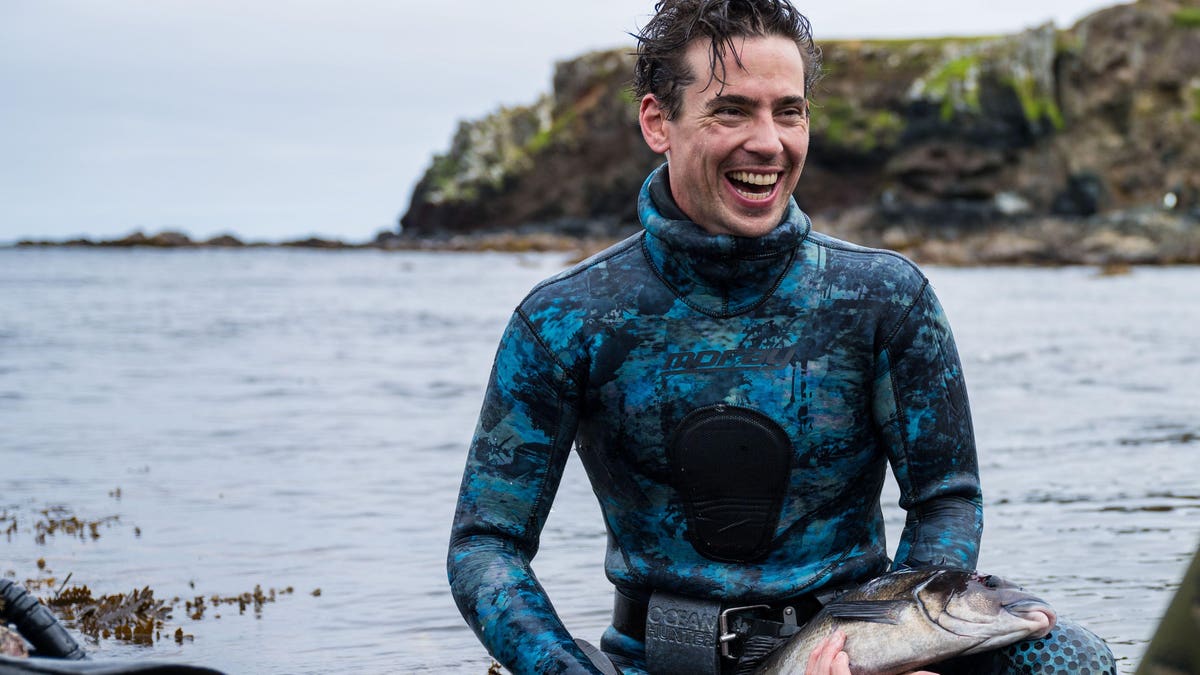 Thomas Hishon grew up leading an idyllic life that most people would envy.

“I am from rural New Zealand… both sides of my family were very involved in raising and raising sheep. My grandfather was one of the first people to go out into the wild and bring back farmed deer and deer … My grandparents, aunts and uncles grew a lot of vegetables so I was always around food.

Hishon always felt connected to nature as a child, so when he began to travel the world as a young chef, he was surprised to find that his pastoral experiences were anything but universal: “The more I get older, the more I appreciate it. way of life. I came back to it in my way of cooking. The way I create food is very much based on nostalgia and early memories in a healthy and heartwarming way.

This nostalgia is colored by the environmental realities of life in the Anthropocene. so last october, hishon and its business partners opened kingi, a restaurant dedicated to showcasing sustainable seafood.

Global warming coupled with the world’s voracious appetite for seafood has led to incredible degradation of the oceans. Fishing methods like bottom trawling destroy the ocean floor and can even wipe out entire habitats, as they bring in bycatch of fish that are discarded by fishermen.

Hishon developed an interest in sustainable seafood years ago, but it was only recently that he “found some really amazing people doing things in a different way”. During his previous concepts, Orphans Kitchen and Daily Bread, Hishon established an extensive network of specialist suppliers, so it was important that any new place continued with the trend.

It should be noted that kingi has received backlash from the Maori community for his name, which bears a striking similarity to an important indigenous word te reo Maori related to the Kīngitanga movement. But Hishon claims the name is a reference to the slang term “kingy,” which refers to a local variety of yellowtail amberjack.

He says he draws his inspiration for the restaurant from the seafood and those who supply it: “And that’s where the idea for kingi was born, channeling these relationships with the fishermen … People think extravagance when they come to a seafood restaurant. Things like langoustine or langoustines or bluefin tuna … many of these fish are not on the menu at Kingi. The way I put the menu back together is to look at the fishing industry here in New Zealand and celebrate the people who do really positive things.

Hishon knows sustainability is hard to define, so he simplifies things by only using fish that are caught in very specific ways by people he knows and trusts. He works with oyster and mussel farms, humane longline fishermen who “are very selective about what fish get on the boat”, and even divers who seek out treasures like abalone, scallops, a local variety. of mollusk called paua and butterfish.

It also sources directly from New Zealand’s last dedicated fishing community, a small archipelago called the Chatham Islands, about 800 km off the coast. According to Hishon, “the way they fish is just with cod traps, then they dive for paua, crayfish and kina or sea urchin. The fishing is so abundant there and it’s amazing to see the conservation going on there right now.

Conservation efforts are especially visceral for New Zealanders like Hishon because, “New Zealand was one of the last countries in the world to be colonized … In the 70s, 80s and even in the 90s , there was an enormous abundance of fish in our waters. Over the past 20-30 years, many fisheries have come to the point where they are on the verge of collapse … The way we fish in New Zealand and around the world is not supporting fish and biodiversity. oceans.

Hishon hopes that by serving less famous species and carefully selected fish at his restaurant, he can help change the conversation about what is worth raising and help keep fishermen working. with the ocean in business.

He’s just one chef among many, but when it comes to sustainability, every little bit counts.