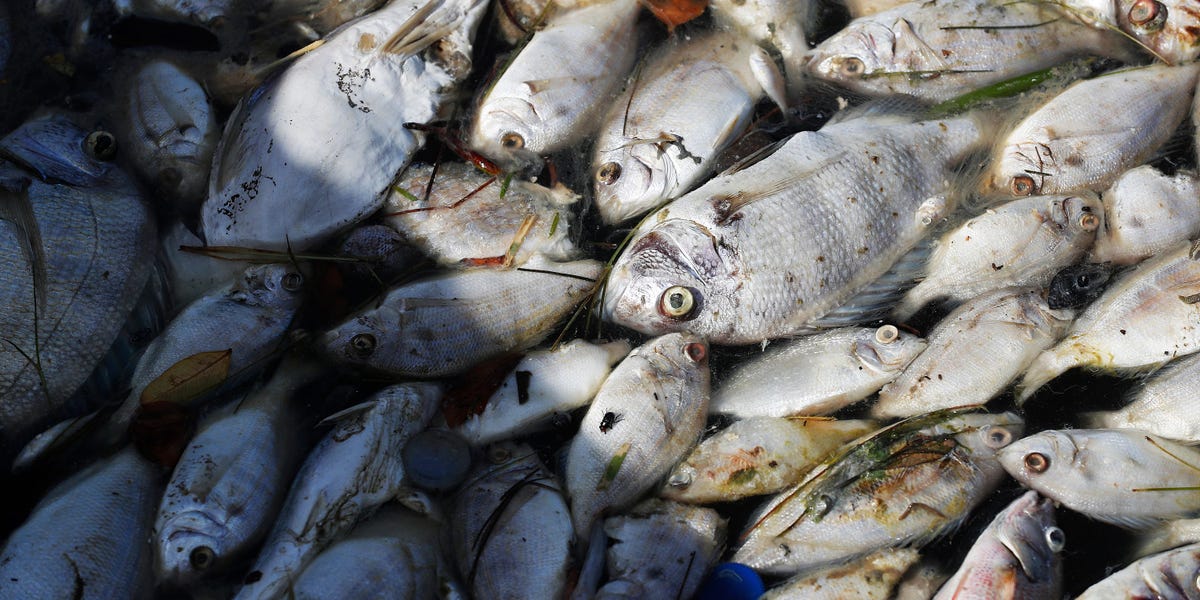 Over the past month, thousands of dead fish have washed up along the once pristine coast of Tampa Bay in Florida.

The culprit behind Florida’s 3 million pounds of dead marine life is a harmful algal bloom that prompted Florida to declare a state of emergency three years ago. This is called a red tide because it can give the ocean a rusty red color.

Red tides are formed by Karenia brevis, a microscopic but powerful organism that occurs naturally in the Gulf of Mexico.

But it’s not just underwater life that is being damaged by algae blooms – small businesses in Florida’s tourism and seafood industries are also suffering the repercussions of the red tide.

“We were definitely hit, we had to shut down for almost two months of harvest,” Lost Coast Oyster, Tampa’s first sustainable oyster farm, told Insider. “During these two months of closure, we still have to go out and take care of our farm… and the products that we are sitting on and unable to sell, some are dying.”

TikTok’s viral videos have drawn national attention to the causes of the red tide, as environmental activists and local residents have documented the terrible loss of marine life. Some have said that sewage from an abandoned fertilizer plant recently dumped into the bay could have contributed to the strength of the bloom.

The top-rated video shows a tractor lifting a dead 400-pound Goliath grouper out of the water, garnering just under 3 million views. Another user posted a video of a dead manatee washed up on the shore with a caption that read “Juvenile manatee we found on the beach, dead. Can’t believe this is happening”.

David Scokol, the owner of Fresco’s Waterfront Bistro in St. Pete, told Spectrum’s Bay News he had to close the restaurant for a few days because the smell of rotten fish was so bad.

Hoping to alleviate the stench, Scokol said he hired people to scoop up dead fish under the restaurant and install fans along the outdoor patio. Fresco suffered a substantial drop in business even after the scent wore off, he told Bay News.

Other businesses that rely on local tourism, such as fishing charters, have cut their season short by more than a month, according to The Counter. Some local governments have even hired shrimp boats to troll fish carcasses, forming an “ad hoc armada” to lead the clean-up efforts, Zachary Sampson of the Tampa Bay Times reported in July.

“You don’t want to stay silent about this stuff because you don’t want it to happen,” Dustin Pack, a fly fishing guide, told Jessica Fu of The Counter. “But on the other side, you have guys whose livelihood depends on water. If you tell everyone that fishing is dying, then nobody wants to come here.”