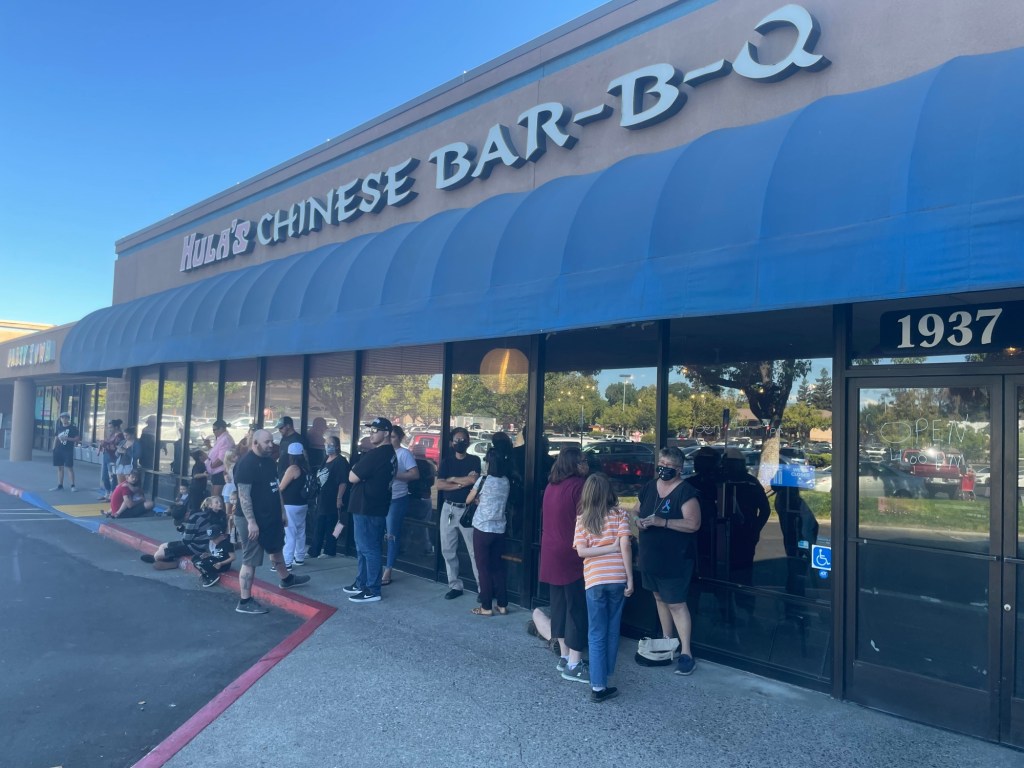 CHICO – One of Chico’s most popular restaurants, Hula’s Chinese Bar-BQ, reopened to anxious customers on Monday after former owner Linda Storey made the decision to retire during the COVID pandemic- 19.

After seeing the Mongolian grill for sale on April 13, Jeff and Leasa Hill decided to buy the restaurant in Storey.

“The business model is a great business model and not only is it an iconic Chico restaurant that we had the opportunity to save and we didn’t want to see another go away,” owner Jeff Hill said Tuesday.

Hula’s hours of operation are 4 p.m. to 9 p.m. seven days a week, and Jeff Hill said the only thing preventing the restaurant from opening for lunch is the current understaffing. He said Hula has waitresses and hostesses but needs more dishwashers, bar restaurants and cooks.

While the food remains largely the same, the Hills have remodeled the interior of the restaurant, which factored in a delay in opening. The owners had planned to reopen the restaurant in August, but delays in equipment and people to complete repairs prompted the couple to open the doors on Monday. Opening night wait time reached three hours at one point, but Jeff Hill said customer feedback remained enthusiastic.

He said he thanked as many customers as possible for their support and even told some he wasn’t sure he could make the wait himself.

“I enjoyed it, and Hula just has a cult that’s unique to Chico and that’s why we wanted to be a part of it and reopen it,” Hill said.

On Tuesday, the restaurant’s second day of opening, first customer Jeanie Beeman lined up at 3 p.m., an hour before Hula’s scheduled opening at 4 p.m. Beeman and his family have been coming to Hula for over 15 years. At 3:30 p.m. Tuesday, 30 minutes before opening, Hula’s had a line of about 20 groups of people each with 3-5 people.

Beeman’s daughter, Janice McCutchen, said her level of arousal was “off the charts”. McCutchen said she loved food and the concept was perfect for her, her 11-year-old son Samuel McCutchen, who Beeman says is a very picky eater.

The new Hula’s features the same concept as that operated by Storey, in which customers stack bowls of various meats, vegetables, sauces and noodles before handing their tray to a cook who toasts the ingredients together before returning it to the customer. Fried wontons, spring rolls and soup are available for on-site meals.

For orders to eat, food is all you can eat. For takeout orders, each customer can wrap as much food and stack the bowl as high as possible when on the line.

New chef Logan Dunn was recruited, a former cook from Hula who left for the Sierra Nevada Brewing Co. kitchen before returning to Hula under a new owner. Dunn’s father is a former managing director of Hula’s.

“(Logan) wanted to come back and see this success and be a part of it, and we’re happy to have it for sure,” Hill said.

The new Hula’s has seen its price increase, which has concerned some members of the community on social media. The price of dinner is now $ 22.95. Jeff Hill said that instead of increasing costs gradually, Hula’s increased costs early on in the hope that they would not have to change “for a very, very long time.”

The Hills have improved the quality of the meats, which Hill says comes at a cost the family says is worth the price change.

Jeff and Leasa Hill aren’t first-time restaurant owners, having opened Hillbilly Heaven in Orland about 10 years ago before choosing to close the restaurant to focus on raising a family. Leasa Hill also has other experience in the food industry, having worked as a Director of Food Services with the Live Oak School District for the past 20 years.

Hula’s Chinese Bar-BQ, which previously had a second location at the corner of the Esplanade and West East Avenue, will only operate at the 1937 E. 20th St. location in the Target Mall.

Jeff Hill said he spent hours trying to update the restaurant’s new phone number on Google, but was unsuccessful. Hula can be reached by phone at 715-7614.