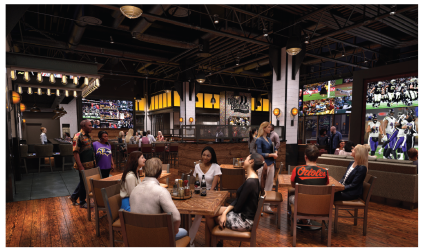 Horseshoe Casino Baltimore is gearing up for the sports betting rollout in Maryland with a new sportsbook and sports bar on the first floor of its South Baltimore facility. The Brew Brothers will occupy a space vacated by Guy Fieri’s Baltimore Kitchen & Bar and the casino’s Caesars Sportsbook will open adjacent to the space.

Both concepts are currently under construction by Baltimore general contractor Mahogany Inc. The Brew Brothers will open later this fall. The opening date for retail sports betting will be determined by the state regulatory review process.

The Brew Brothers was established by the Carano family in 1995 at the Eldorado Resort Casino in Reno, Nevada. It was named “Best Brewpub in America” ​​by Nightclub & Bar magazine. The venue will feature a long list of local draft beers and craft cocktails, along with a range of dining options including custom burgers, wings, salads, ribs, specialty pizzas, tacos, pasta dishes and desserts.

The Brew Brothers will be led by Horseshoe Baltimore Executive Chef Samantha Love and Brew Brothers Chef Anthony Copeland. Lisa Koerner will be the general manager of the restaurant.

Horseshoe Casino Baltimore will hire a total of 60 new employees to staff The Brew Brothers. And, the casino is offering a $ 500 signing bonus to employees who stay longer than 90 days.

The Brew Brothers will accommodate a total of 250 customers indoors and on its outdoor patio. It will have plenty of televisions and two “fan caves” for private group parties.

“We are excited to bring the Brew Brothers concept to Baltimore,” said Anthony Carano, President and COO of Caesars Entertainment, in a press release. “In addition to serving the best pub food in Baltimore, we’ll also work with four outstanding local brewers – DuClaw Brewing Company, Union Craft Brewing, Checkerspot Brewing Company and Diamondback Brewing Company – to bring our customers 24 of the area’s most popular. draft beer options. The Brew Brothers will be the perfect place in Charm City to check out all of the sporting action kicking off later this football season.

“No bookie is complete without good food and quality drink,” said Randy Conroy, senior vice president and general manager of Horseshoe Baltimore, in a press release. “As sports betting is approved in Maryland, the addition of The Brew Brothers sports bar and restaurant will make the Horseshoe the best place in the area for patrons to catch their favorite games.”

As two new concepts arrive at Horseshoe Casino Baltimore, the COVID-19 pandemic has left the establishment with several vacant restaurant positions. GDL Italian by Giada has closed its restaurant on the second floor, and Guy’s Bar-B-Que Joint and Lenny’s Deli have closed at the Baltimore Marketplace food court. 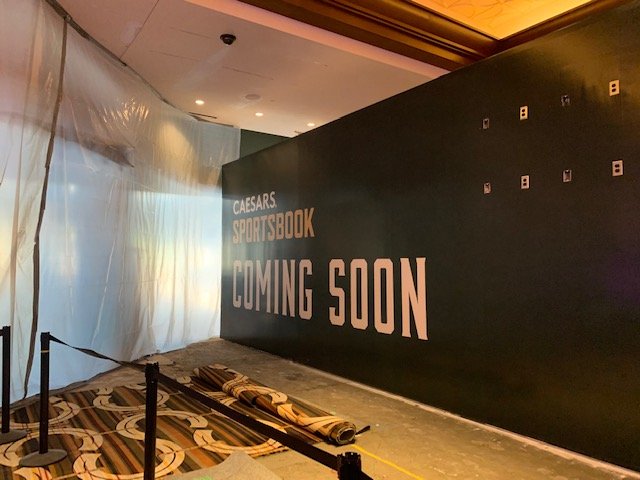 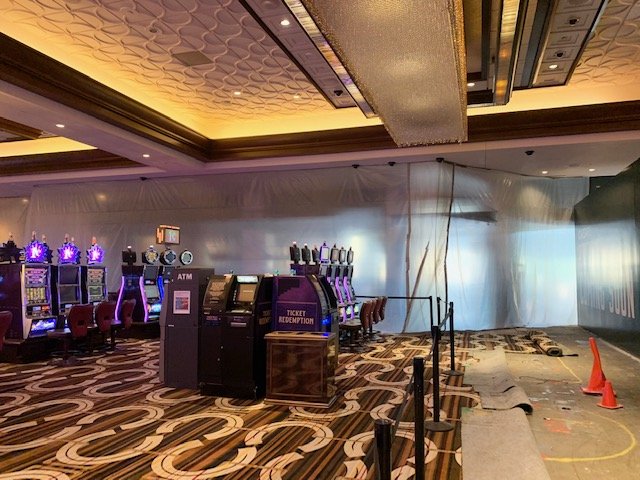 About the Author: Kevin Lynch

Founder and Publisher of SouthBmore.com, longtime South Baltimore resident and graduate of Towson University. Unconditional fan of Ravens and O’s, father of three, amateur pizzaiolo, skateboarder and bar food gourmet. Write to me at [email protected] and follow me on Twitter at @SoBoKevin.