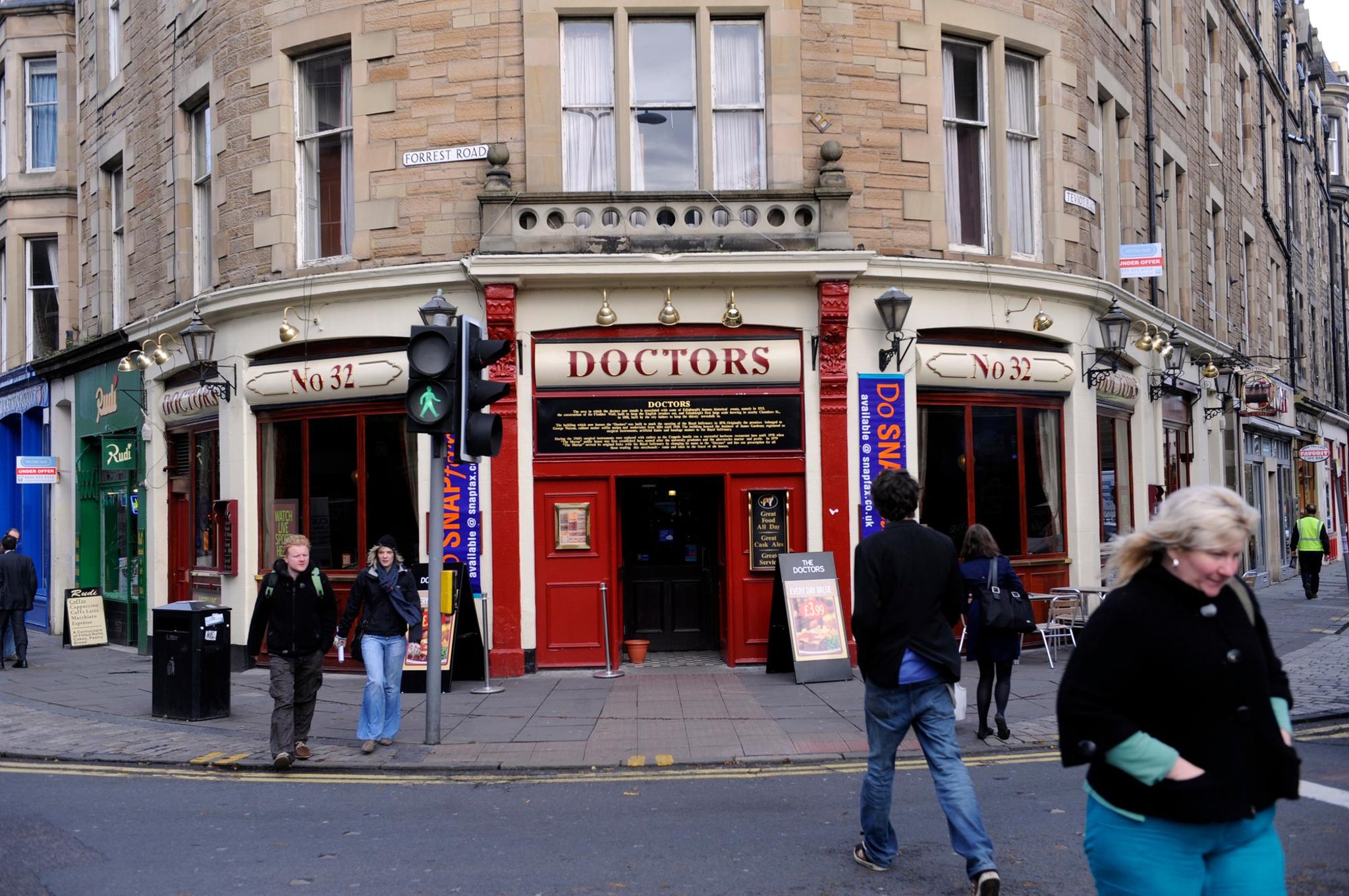 The women were asked to leave the Doctors pub.

The women, who claim they were threatened by bar staff, left after officers were called to medics on Forrest Road on Saturday night.

Now Greene King, the chain that runs the pub – and 19 other locals in Edinburgh – has launched an internal investigation and police investigations are also continuing.

According to one of the women involved, two tables of eight had been reserved in the pub for a meeting of friends who are also part of a new campaign for women’s rights.

A woman reportedly wore a t-shirt with the slogan # womenwon’twheesht on it, as it was reported on social media that campaign leaflets against the Scottish Government’s plan to reform the Gender Recognition Act were placed in the pub toilets. .

Marion Millar, an Airdrie accountant at the center of a court case for allegedly posting homophobic and transphobic content on social media, was also in the pub with her husband, and later said on Twitter that after “se present “, she was informed by the staff:” I had 30 minutes to finish my terf drink… I was wearing clothes without slogans or brand names. I did nothing wrong.”

Another of the women said: “We all got to the pub at the same time, we were directed to two adjacent areas and we settled in for drinks, food and a catch-up. At around 9 p.m. we were joined by another small group.

“We were told around 10pm that we had 20 minutes to complete because our reservation was complete. I spoke to the person who came to the table to request this as we did not have an end time on our reservation.

“By that time we had all bought several drinks and ate and had no plans to leave. At around 10:15 pm the staff member repeated the request and left. As I was skeptical of this topic, I went to the bar to try to understand what was going on.

“Another member of staff, who identified themselves as the oldest member in the absence of the manager, told me that we had been asked to move because our reservation was complete.

“I explained that the reservation email had no expiration date and asked why should we be forced to move.

“She then told me that we had to move and that we had to take the hateful stickers that we had put in the bathroom with us. She slapped a sticker with the words ‘Adult Human female’ on the bar in front of me.

“I told her I wasn’t hateful and didn’t put a sticker anywhere. She walked away so I yelled at her because she had been rude, and I blamed my friends and I for being hateful and it was pretty clear that a reason was fabricated for us to move in and out because they didn’t approve of our beliefs – that sex is real and can’t be changed.

She said another staff member then called the police who arrived around 10:35 p.m. and came out to talk to them.

“I was told that the bar staff had the right to ask us to leave, even if there was no good reason,” she said.

“The agents spoke to several people, and one of them told me that whatever we told them would be in their report to the licensing board.

“I’m pretty shocked that I was asked to leave a pub for the first time in my life, just to have thoughts that I kept to myself. What the bar staff clearly found offensive was the presence of women they did not approve of.

On Twitter, the staff member who asked the women to leave described them as TERFs (radical trans-exclusion feminists) and said: “I had to call the police because they were making my staff and other customers feel threatened. “

He added: “I should have kicked them out the minute they appeared. the whole bar team knew who they were from the start and asked me if I was comfortable around them.

“They were making my staff more and more uncomfortable and I decided, for their safety and ease of work, to try to alleviate them diplomatically by using the two hour per booking rule.

“They refused to budge. It was fascinating to see their level of law and belligerence develop. The leaders started to be arrogant and yell at my staff until we all agreed that the police would be the only way to kick them out. Even then, they lied to the police.

“My colleagues really despised their attitude and even the customers complained. Some clients asked what was going on and I told them the same account I told the police. They were horrified but grateful that I was handling this the way I am trained.

“All the terfs see this, I tried to be polite to you and you failed. You are the worst customers ever. You belong in pubs … or in society … you have made my staff and other clients uncomfortable. Hope you understand how much normal society despises you.

A spokesperson for Doctors said: “Our aim is for our pubs to be friendly and welcoming places for all and we do not tolerate any form of discrimination from our customers or our teams.

“One of our team members has called the police due to some disturbance and we are conducting an internal investigation and will take appropriate action if necessary.”

A Scottish Police spokesperson said: ‘We were called at around 10:15 pm on Saturday 21 August to report a group of people refusing to leave a business premise in Forrest Road, Edinburgh. Officers attended, appropriate advice was given, and the group dispersed. We have no crime reports at this time, but investigations are continuing into the incident. “

A message from the editor: Thanks for reading this article. We depend on your support more than ever, as the change in consumption habits caused by the coronavirus is having an impact on our advertisers.

If you haven’t already, consider supporting our trusted and verified journalism by purchasing a digital subscription.